John Kamau (44) poses in front of one of his matatus, which he has sprayed with new graffiti motifs in the Enlight Garage in Buru Buru Phase 1. John owns 4 matatus, which run between the centre of Nairobi and the Lower Kabete District and belong to Transworld Sacco. John Kamau has one of his busses sprayed with eye-catching motifs, which he personally selected. He says that each of his matatus will earn him a net profit of about 150000 Kenyan shillings, or about 1500 USD, 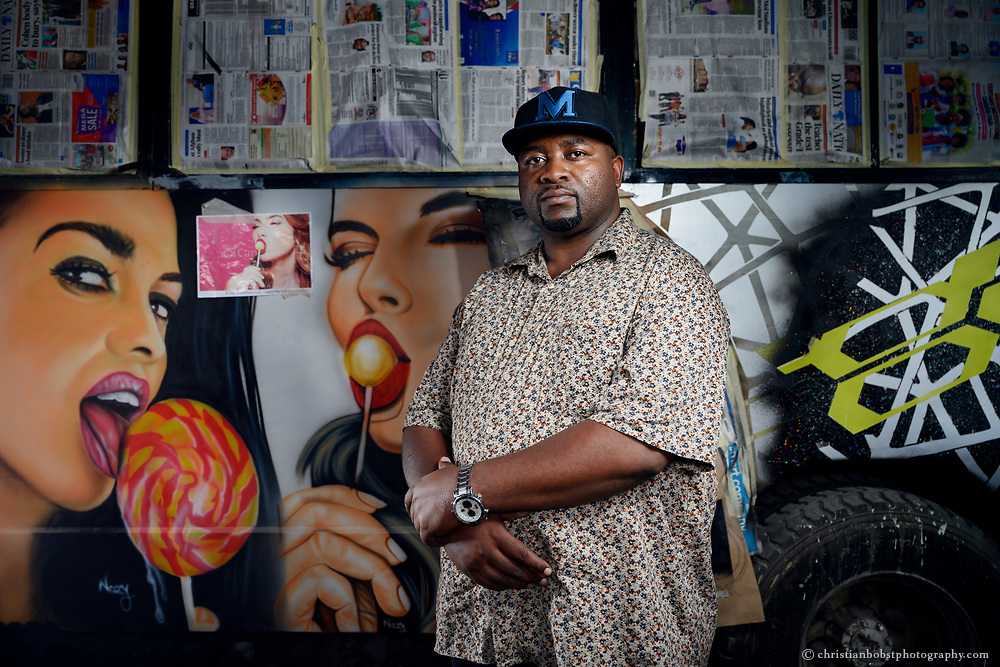