Nairobi, August 02, 2019 - Reuben Kenyanya (51), a conductor, poses inside a Matatu at the Nairobi Railways Bus Station. Bus conductors are called Makangas in Kenya. The job is tough, he says. He works long hours and doesn't sleep much. There are also many clashes with corrupt police officers and rude passengers. Reuben works in an old, rundown bus on the line between the city centre and the slum of Kibera. Most people in Kibera can´t afford the flashy, tuned Matatus with fancy entertainment and Wifi on board. The Matatus feed many people, including the conductors, the owners and Sacco managers, but also police officers, cartels and city councils. And the national transport authorities also demand money for the routes. The Makangas earn as much as is left after deducting the payment of all these people. "We do this work mainly because of our children", he says with a serene look on his face. 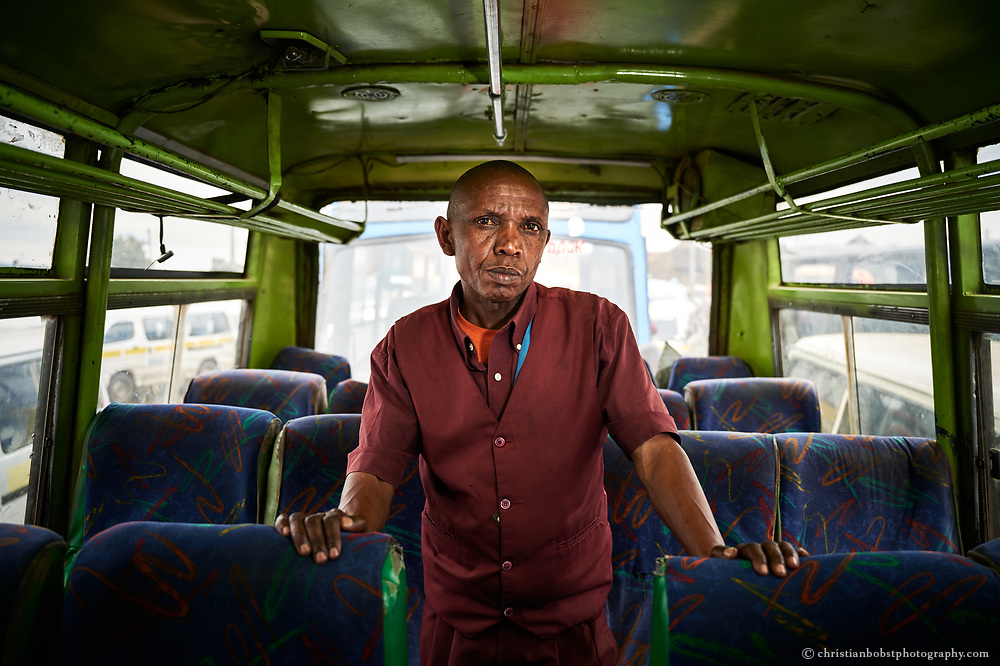