The Father of Katutura´s streetwalking girls

In his tiny office, the priest advises women and girls. A recently conducted survey presents a gloomy picture: of 20 women and girls between the ages of 11 and 45 who registered with him one day, all were HIV positive. Sixteen of them sayed that they had been raped multiple times, the youngest at eight years old, with one 12-year-old having already been violated 10 times. All of those interviewed indicated they suffered from depression. Many say that they had attempted suicide more than once. 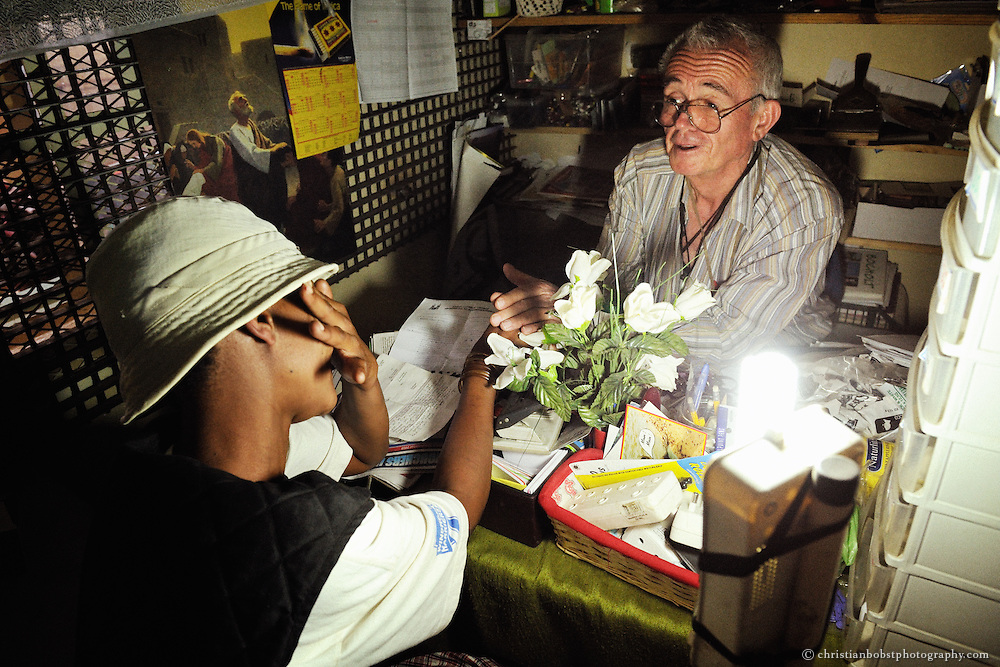